I've just finished the cavalry for my DBA-RRR Covenanter army. Here's a sight to strike fear into any heart - heavily armed Presbyterians. All figures are 1/72 metal from Tumbling Dice.
First up, the Covenanter general, who is based as a single figure under the DBA-RRR rules. 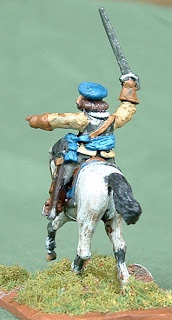 Next, three elements of horse, using slightly different basing rules to DBA-RRR to make them consistent with the rest of my ECW figures.

The banner is a simplified attempt at a Covenanter flag captured by Cromwell's troops at Dunbar in 1650. While looking for flags I found this excellent reference. 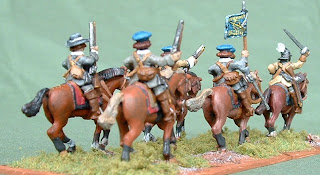 Finally, an element of lancers. These are converted from Tumbling Dice figures holding muskets, and the helmeted head is from a figure in the A Call To Arms command set. The lances are broom bristles. 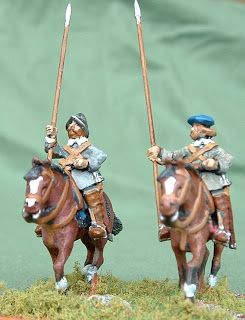 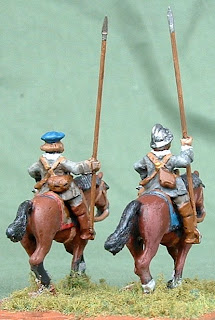 Next up - musketeers.
Posted by Dux Homunculorum at 1:17 AM