While many of you lucky sods in the UK were off to Salute, I had an enjoyable day yesterday at the altogether more modest affair of Leviathan, the annual convention put on by Sydney's Western Suburbs Gaming Society. 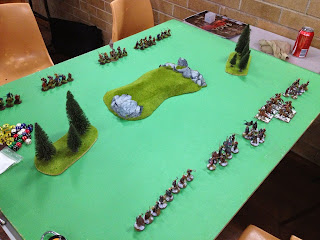 Many thanks to Matt from the Hall of Heroes for sponsoring the day's SAGA tournament. I took along my Pagan Rus, winning one game out of three. I was super chuffed though to win the best painted army on the day, which won me a gift certificate from Hall of Heroes (promptly spent on some PSC Panzer IIIs) and a trophy which will arrive in due course. 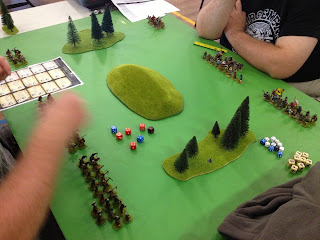 I've never been attracted to tournaments, but so far every experience I've had of playing SAGA with strangers has been incredibly positive. There is something about the game that tends not to attract dicks. Instead, everyone I've played has been much more focused on having fun than winning at all cost. My most enjoyable game yesterday was against a Viking player, with both of us essentially leading our warbands in the way that we thought Vikings would have, which led to much slaughter and shouts of 'Odin'. Gamesmanship definitely took a backseat. The other thing I enjoyed yesterday was seeing how well the more 'basic' warbands, such as Vikings, hold up against the more complex factions that have come out in recent supplements. 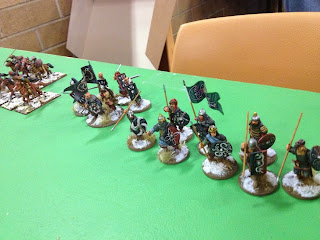 So congratulations to the winners on the day, and thanks everyone for a fun day.
Posted by Dux Homunculorum at 7:32 PM