The last week of holidays has been quite nice. An absolute highlight was being able to see The Waterboys live in Sydney. They have been a favourite band of mine since about 1986. I fondly remember writing out lyrics from some of their songs on my school folder circa 1987, and from 1989-the early 90s they were the soundtrack to my life. So I've been waiting about 25 years to see them live, and finally Mike Scott got around to bringing the current lineup to Australia.

There were two Sydney shows. The Duchess bought me tickets to the first one for Christmas, which turned out to be an evening almost entirely showcasing Mike Scott's work putting the words of W.B Yeats to music. It was a great night, and stunningly beautiful music, but I had the strange experience of seeing a band I have been obsessively following for years and not really knowing the songs. They played three old favourites as encores, and it was quite sweet to see the pudgy middle aged audience go nuts (I include myself in this, obviousy). In fact, I was struck by the close resemblance between the audience and the crowd at most wargames shows, with the fundamental difference of course that there were lots of women at the gig. The Duchess and I had a grand old night. 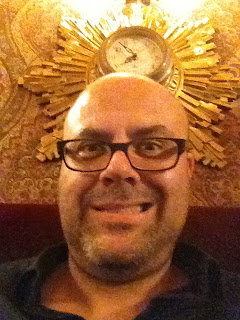 So grand in fact that I couldn't resist buying some tickets for the second Sydney show, in the Opera House on Australia Day. This was much more a general retrospective set, and it was just brilliant to hear so many songs that are like old friends. Mike Scott is one of perhaps a minority of performers who sound even better live than on disk. My musical hero is still firmly on his pedestal. 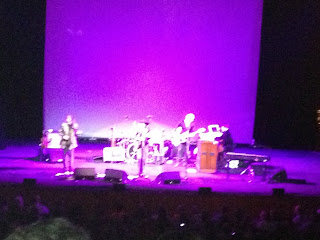 Over the past few months I have been steadily coming to the realisation that I am in serious danger of developing what we might call a 'wargamer's physique'. I like food. I like beer. I like sedentary hobbies, and as the Duchess pithily observed, 'the trouble with nerds and exercise is that it is so very very boring.'

The crunch came when I had to go to a wedding a week or so back and found that one of my work shirts that I haven't worn since December no longer does up around my neck. Must have shrunk or something. Drastic measures are obviously necessary, so I've been a week not eating anything sweet, hardly drinking and even doing some structured exercise.

Which is where the zombies come in. You may recall my mate Antonius, who we last met fraternising with zombies in Sydney's Hyde Park. Antonius is ludicrously fit, and regularly runs distances I would feel tired to drive. However, he put me onto an app for my new iPhone (you may recall my previous phone was incinerated in a bushfire) called Zombies, Run! Basically it is a fitness program built around a zombie game. You head off on a walk or run, listen to your phone, and the story unfolds. You play the role of a Runner, collecting supplies etc for a community of survivors, and as you complete missions different parts of the story are unlocked. It's a brilliant idea, quite fun and has got me running a bit, or at least shambling slightly faster than a zombie. The cheap version (which I naturally bought) was only a couple of bucks. The more expensive one I think includes graphics so you can see your community grow and has a wider range of missions. Strongly recommended if you're worried about your weight but bored beyond belief by the prospect of just going for a jog or visiting a gym.
Posted by Dux Homunculorum at 10:50 PM