I recently got hold of an awesome Playmobil Viking Ship off ebay for the five year old mini-Duchess. While I was doing some work I became aware of a hilarious game she was playing - here are the highlights.

In search of plunder, a group of savage Vikings landed on an island. Unfortunately for them they were outsmarted by some mermaids, who stole all their weapons and armour and sailed away on their ship. 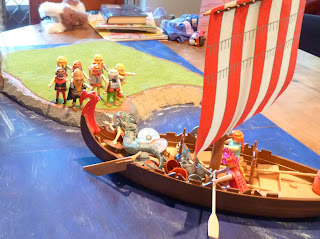 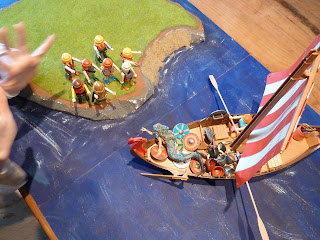 This left the marooned Vikings with no option but to play 'Duck, Duck, Goose'. 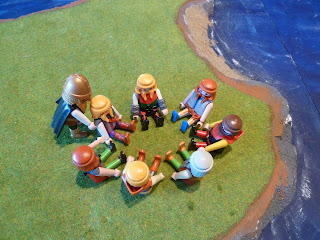 The mermaids seem to have been a vindictive bunch, and returned to the island tooled up with the stolen weapons... 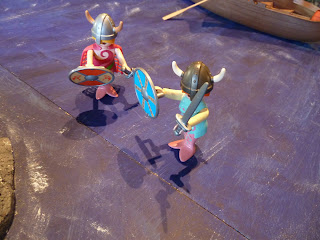 ....at which point they 'killed the Vikings' heads off'. 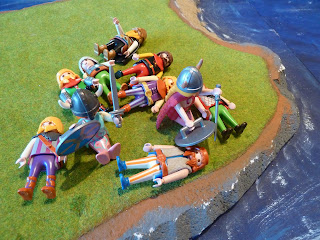 How proud she makes me!
Posted by Dux Homunculorum at 7:35 PM