Saga and the Man Cave

Paul of the Man Cave came over to the castle this week, and after graciously reading some Harry Potter to the mini Duchess we were able to get in a game of Saga. 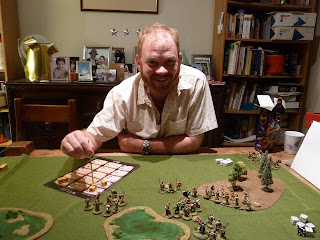 Paul played Welsh and I had Vikings. This was Paul's first experience of the game, but he picked it up straight away. After spending a couple of turns trying to use his Welsh too aggressively (and thus suffering), he rapidly changed his tactics to hugging the rough ground and chucking javelins. Anyway, much fun was had by all and Paul has spent the rest of the week sorting out how he can use his dark ages figures for Saga warbands. 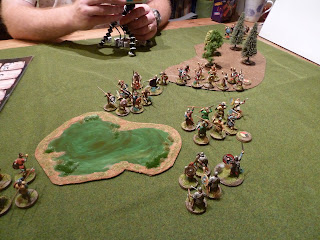 My Vikings skirt a swamp, trying to get stuck into the pesky Welsh 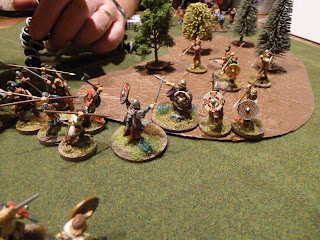 Our warlords trade blows, the Welsh sensibly skulking in the woods

In other news this week, I spent a happy couple of hours underground on Monday when I was invited along on a tour of some of the tunnels under Sydney. Basically, there are a number of railway tunnels that were built in the 1920s for lines that were never completed. During WWII a number of these were converted into air raid shelters by being divided up by concrete blast walls. I've wanted to have a look at these tunnels for years, but they have been inaccessible since about 2000, when the tours that used to take place were stopped due to security fears. 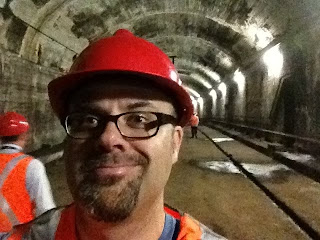 Dux in a Dark Place

On Friday, Paul was kind enough to visit my school to talk to the boys about his career in the Navy. He was brilliant at relating to the boys and answered the great questions they asked very openly. Yet again I'm reminded how excellent this hobby community is that the blogosphere makes possible.
Posted by Dux Homunculorum at 11:35 PM