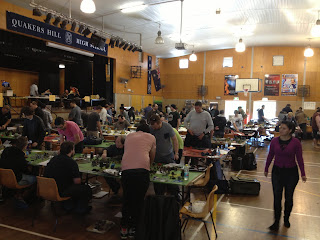 Space Pixies as far as the eye can see. Creature unknown to wargamers on the right (sorry Tamsin)

While some of you lucky lot in the UK were swanning about at Salute on the weekend, I visited the somewhat more modestly sized Leviathan convention in Western Sydney. 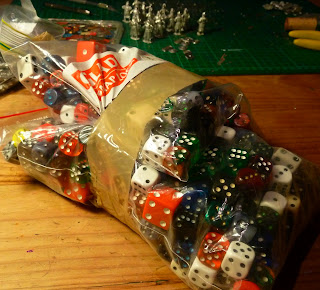 Enough dice to keep even Rick Priestley happy. 10 points for anyone who can identify the future project on the cutting board in the background.

I kept purchases to a minimum, but did manage to pick up an absurdly large package of dice for the club at school. Probably these are someone's cursed dice that will bring their users only despair, but I might try to organise a blessing ceremony to get them on side. Possibly the Mad Padre could organise something?

There were lots of games happening on the Sunday when I attended, mainly of the Space Pixies variety. However, I took part in a fun SAGA tournament with my Welsh, winning one game, drawing one and losing one by 67 points to 73. However, I was fortunate enough to pick up a nice little trophy for best painted against some tough opposition, so very pleased with that. 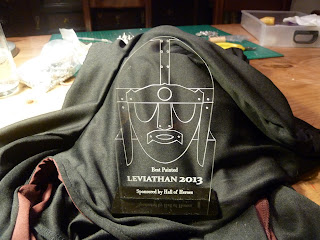 Thanks as always to War & Peace Games and The Hall of Heroes for organising the competition. It seems to me that since it isn't very easy to power game in SAGA it tends to attract gamers who are more interested in having a good time than necessarily winning, so as usual the atmosphere was great. 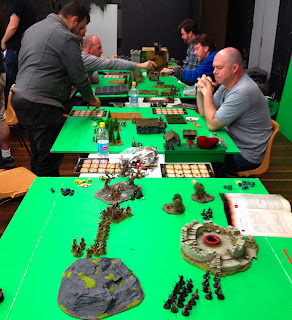 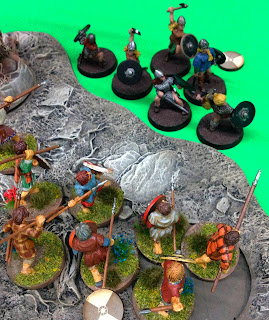 Game 1: I score a victory against a Viking army made up entirely of shield maidens 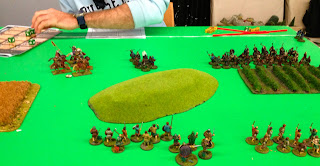 Nicely painted figures these! A massive unit of 12 hearthguard did for me, but I wasn't helped at all by failing to roll a six for five consecutive turns. 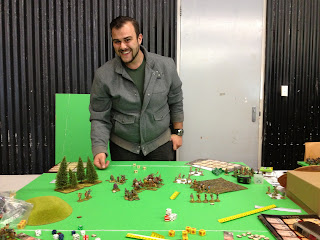 Damien Z with his Norse Gaels. Lovely bloke, and nearly managed to beat him! 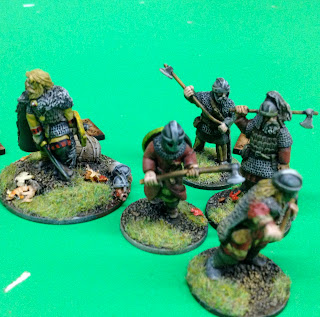 Very nice Norse Gaels by Damien
Posted by Dux Homunculorum at 3:39 AM