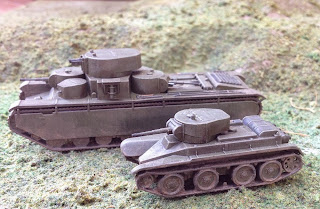 Having finished morphing my Battle Group Kursk Soviets into a late war force, I've now pretty much done the same for Barbarossa. Adding to the 20 T-26 tanks I finished painting last week, I've just finished 7 BT-5s and a monster T-35. 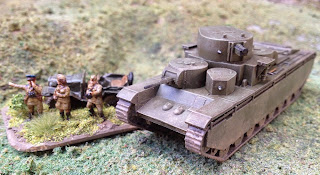 All the models are 15mm Zvezda kits from their Art of Tactic game. These are great little kits. Very easy to put together and with lovely crisp moulding. The biggest down side is the lack of open hatches and crew figures, and all the tanks look very clean and Spartan, with no stowage items. Of course, I could have just added tarps etc made from Greenstuff, but decided not to on these as Soviet vehicles from 1941 generally do look pretty lacking in clutter from most photos I've seen. 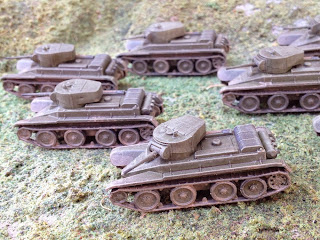 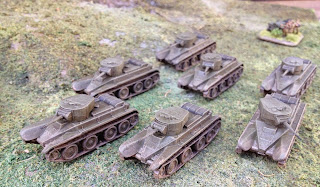 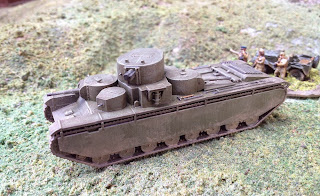 Posted by Dux Homunculorum at 3:47 AM