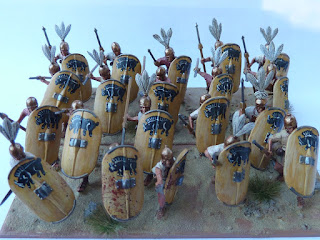 I have a great project going at the moment with gaming buddy Steve to finish a Roman Republican army for Basic Impetus in time for the anniversary of the Battle of Cannae on 2 August. Steve is doing the same with his Carthaginians, then we each expand our armies to play full Impetus or Sword and Spear by the anniversary of Zama in October. This is a great way to stay focused on completing an army if you can find a friend to do it with. 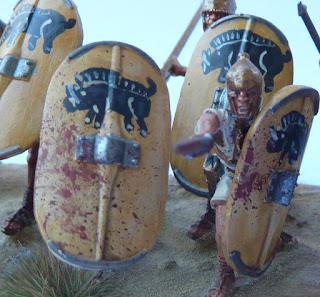 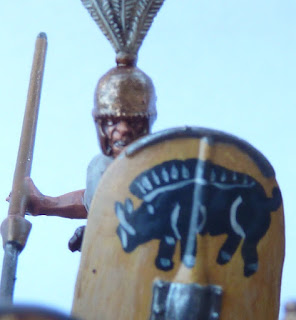 This long weekend saw two more units join the legion - two bases of hastati. For those of you who don't know, according to Polybios' account the hastati were the younger men of the triplex acies (three line) Roman legion of the middle Republic. They usually formed the first line, equipped with light armour, a couple of pila (heavy javelins) and a short stabbing sword (gladius), The middle line was formed of the pincipes, men in their prime similarly equipped to the hastati, but probably able to afford better armour. The third line consisted of the triarii, or mature men, equipped with longer thrusting spears. They formed the bulwark for the legion and the final reserve. 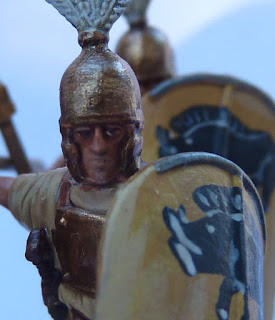 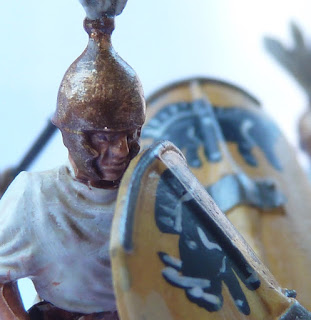 My hastati are from Agema Miniatures, mainly from their lovely plastic box, but with a couple of their metal personality figures thrown in. Next up I need to do some triarii and velites (skirmishers), while I wait for some cavalry to arrive from Relic Miniatures in Canada. 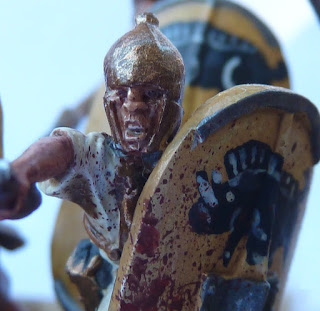 Posted by Dux Homunculorum at 10:02 PM