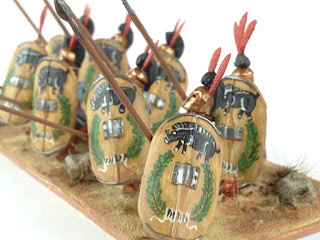 I'm steadily chipping away at my Agema Republican Romans.

In the legion of the middle Republic, the third line was made up of the triarii, the most experienced and mature citizens. Ideally, they weren't supposed to fight, but according to Polybius formed a bulwark at the rear of the legion, kneeling and presenting their spears. The Romans even had a saying 'it has come down to the triarii', meaning that a situation was desperate.

Anyway, clearly the triarii won't be needed in any game I play, so here they are lounging around behind their shields watching my principes and hastati sweep all before them. 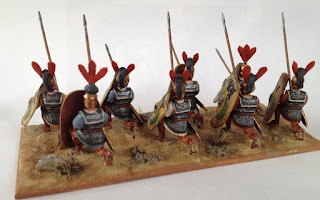 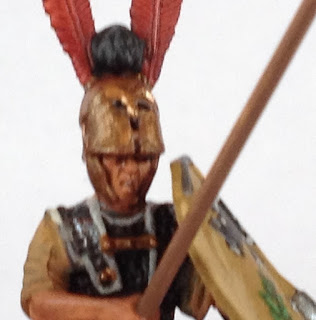 I've also finished three bases of velites. One nice feature of the Agema figures is that the parts from the legionaries and velites boxes are fully interchangeable, so I was able to vary some of the poses.

Posted by Dux Homunculorum at 6:14 PM