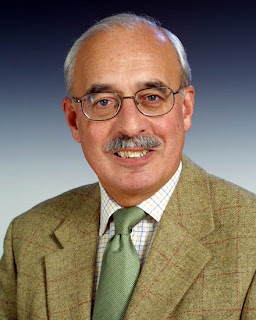 I was very saddened to hear of the death of Professor Richard Holmes on 30 April at the far too young age of 65. In my view Professor Holmes was an exemplary military historian, able to give a good view of strategy and tactics without ever losing sight of the human experience of war. I had the great privilege of sharing a pint with him back in Oxford after a lecture in 2004, and I have met few men able to share their expertise with such humility and generosity. I remember him telling us about a trip he had just been on to Cassino, and he painted a vivid picture of clambering about the hills finding the tail fins of mortar bombs from 1944. I fear that my mate Giles and I were like 14 year old girls meeting Justin Bieber when we met him. Professor Holmes leaves an impressive body of work, and if you haven't read his 'Redcoat' on the British Army in the age of horse and musket, I can't recommend it enough.

This really is terribly sad news.
Posted by Dux Homunculorum at 1:41 AM