Phew! It has been a crazy start to the year. I've been staying up much too late after the kids go to sleep, painting obsessively, and am just about to hit my target of 500 points in Curt's Painting Challenge. The state of my painting desk gives a good reflection of my assault on Lead Mountain, as the paint pots inexorably seem to take up more and more of my working area. 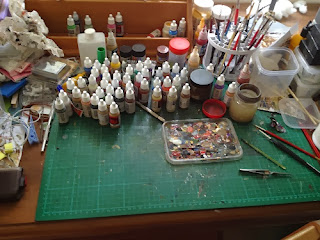 As a quick recap, the last figures I painted in 2013 were my entry for the Villains bonus round - the beautiful Musketeer Miniatures figures of Hengest and Horsa, complete with badger couture. I was chuffed with how these turned out, although they didn't get too many votes (sniff). 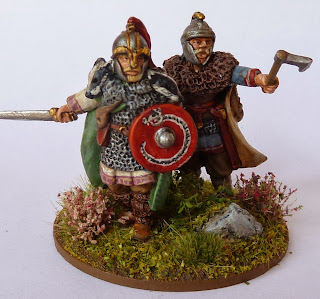 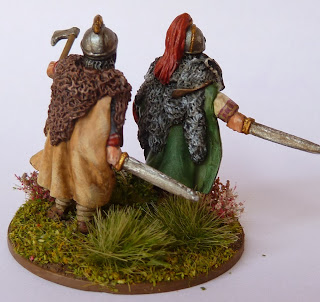 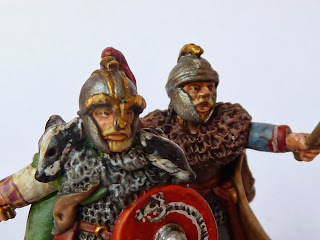 Then I completed a bunch of Huns for a new project. I don't love painting Huns, but I really want to paint up a force that I can use as Steppe Nomads in SAGA, as well as maybe using them for Impetus and Hail Caesar. Here's the first batch. 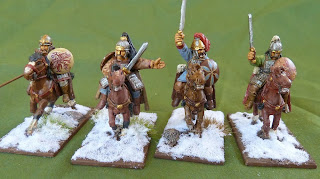 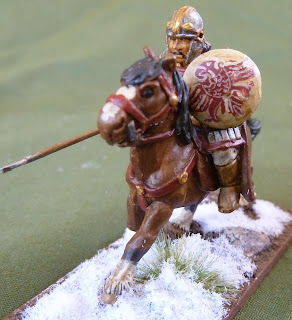 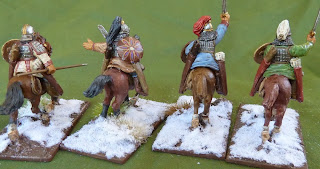 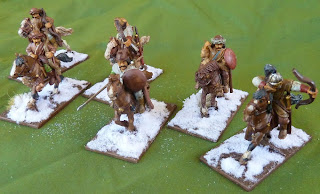 After the Huns, I had a break by tackling the competition entry figure for Curt. This had to be a figure inspired by a Sam Peckinpah film, so being a Dylan fan I knew I had to paint up Bob Dylan in his role as Alias in Pat Garrett and Billy the Kid. I tried to evoke the scene where Garret makes Alias stand over in the corner of a store reading off the labels of all the tins, while he intimidates another couple of The Kid's henchmen. 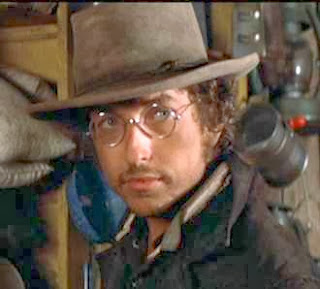 To realise the scene, I converted an Artisan desperado figure, changing the position of his head and using greenstuff to give him a turned up collar and a tin of beans to hold. Altering his face was harder - I tried to give the figure fuller cheeks and a mop of Dylanesque hair. The base was made by cutting up a boardwalk from 4-Ground, along with a 4-Ground bookcase. The cans were made from bits of cut up bamboo skewer, the sacks from greenstuff. 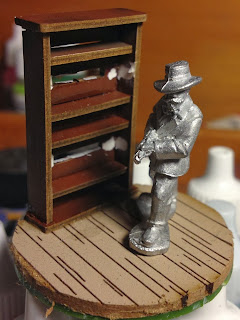 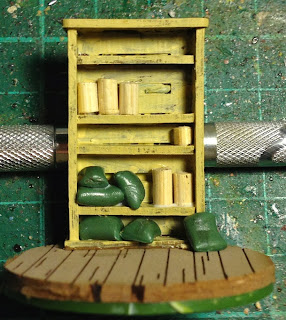 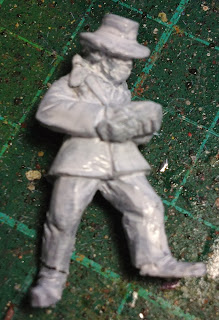 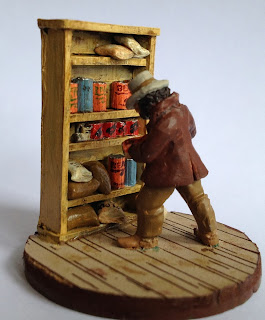 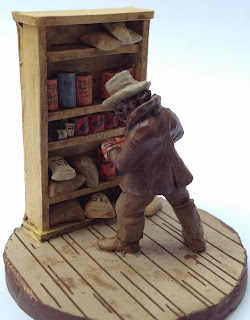 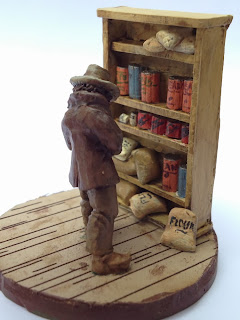 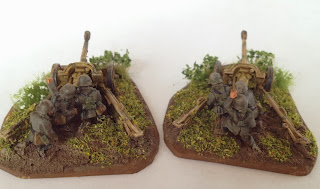 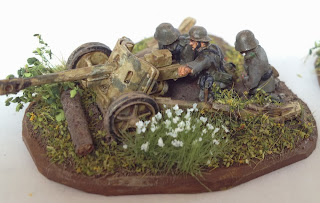 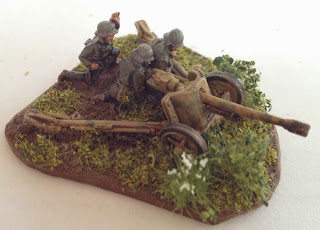 So that's pretty much what I've been up to hobby wise, apart from another couple of vehicles that haven't gone up on Curt's blog yet. I'm off for a few days with the family tomorrow, which will give Paul a bit of a chance to catch up.
Posted by Dux Homunculorum at 2:58 PM