I finally feel like I'm reaching the end of my Kursk project, and starting to extend the forces I have into the late and early war in the east. On the workbench is a second platoon of German Panzergrenadiers and their halftracks, but I've also just finished a Sturmpanzer Iv Brummbaer and Bergepanzer III.

Many thanks to Man Cave Paul for both these models, that he picked up for me at ?Cancon (is that right Paul?) Both are made by Skytrex/Command Decision. 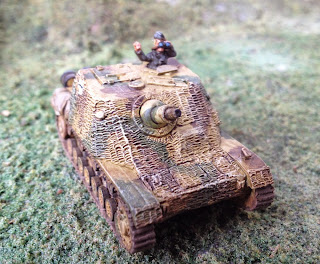 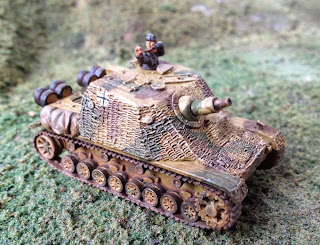 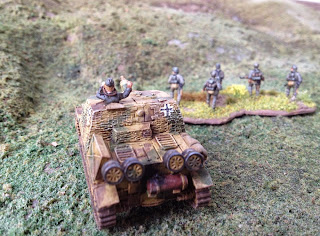 The Brummbaer has a coating of Zimmerit, so really it postdates the battle of Kursk by about 6 months. As a result, I painted it with green and red/brown over Dunkelgelb, rather than the more usual solely green, so that I can use it in games of Fall of the Reich. If I can keep my OCD tendencies under control though I might also use it in Kursk games. 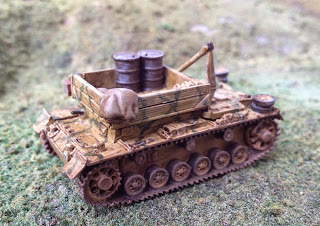 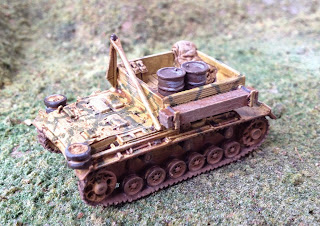 Battle Group has nice rules for recovery vehicles, and I do love the way that the rules give you a reason to include such exotic vehicles in your force. I'm quite looking forward to fielding the Bergepanzer in my next game.
Posted by Dux Homunculorum at 6:25 AM