I'm often asked for advice about which beer should be drunk while playing different wargames*.

So, by way of saying 'Happy New Year', I offer you a guide to some of the best matches. I have persevered with this public service despite the withering looks and satirical comments of the Duchess, who seems to consider it a silly idea. 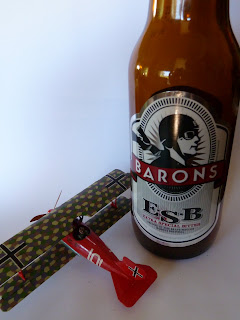 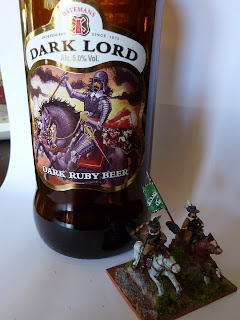 Dark Lord form Batemans in Lincolnshire is a lovely rich ruby red ale, brewed in honour of 'Black Tom' Fairfax. The Dux Homunculorum beer of choice for any early modern game, and of course the English Civil War in particular. According to the label it goes well with cheese and red meat, but it is equally well suited to pursuing foppish Royalists from the field with cold steel and hard riding.

3. Pirates of the Spanish Main and Biere du Boucanier 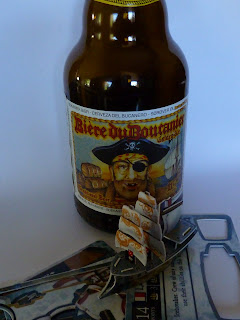 This devastating ale from Belgium fires a full broadside of 11% alcohol. Who needs a bottle of rum when you have this? After a couple you will stop caring that the rules for Pirates are rubbish. 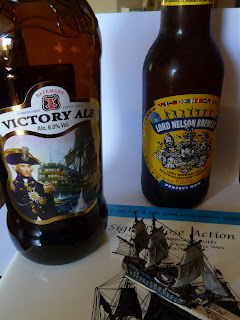 The Dux offers you a choice here. The Lord Nelson hotel is Sydney's oldest, and brews its own beer as well. Three Sheets is a zesty, hoppy pale ale. Very nice, but unlikely to be found outside Sydney. Batemans Victory Ale is a much more robust, 6% ale that would make even salt pork seem palatable. And it has a drop-dead cool label. 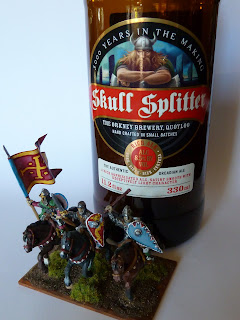 And finally, DBA battles with dark ages and early medieval armies are incomplete without a couple of Skull Splitters from Orkney. A warning though - the 8.5% strength is likely to lead to rash tactics. According to some historians** Harald Hardrada charged the Saxon shield wall without his armour on at the Battle of Stamford Bridge in 1066 after 6 pints of Skull Splitter.

* This statement is not actually true.
** Nor is this one.
Posted by Dux Homunculorum at 4:16 PM