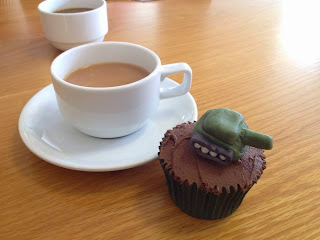 It has been a busy week in Tanktober...

Firstly, I think we can agree that I'm looking pretty stylish. 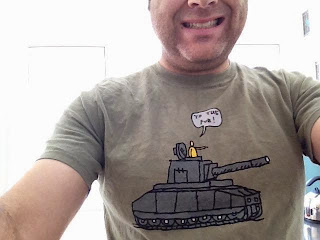 The Tanktober film festival (aka me on the sofa while the kids are going to sleep)rolls on with a look at Beyyi Tigr (The White Tiger) (2012, dir. Karen Shakhnazarov). 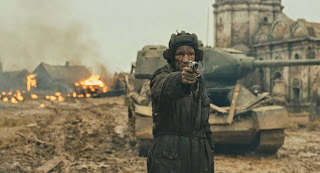 This is a very interesting and odd film. During WWII, a Soviet tank driver is burned in his tank during a battle with a ghostly white German Tiger tank. He survives, miraculously, without a mark on him, but having lost his memory. With no name or past, he instead becomes something of a Tank Whisperer. Tanks speak to him, and he prays to the god of tanks. He is his instrument to bring vengeance against the White Tiger, a tank perhaps even without a crew, that appears in battle to wreak havoc on the Soviet tank men, and which even the Germans speak of in hushed tones. For the tank spotters amongst us, the movie features the (unconvincing below the turret) Tiger, T34-76s and 85s, ISU-152s, SU-100s, BT7s, Pz IVs and even a couple of Lend Lease Matilda IIs and M3 Lees. For the contemplative amongst us the film offers a metaphor for the forces called into being through violence that Thucydides might have appreciated, and which probably resonates more deeply with an appreciation of the Russian fascination with and fetishisation of their tanks of the Great Patriotic War.

But on to cake! The highlight of the week has without a doubt been my wonderful colleague Sian's decision to humour me by making some tank cupcakes. She arrived at school with these yesterday, and I think you'll agree that they are an amazing example of Blitzkrieg baking. 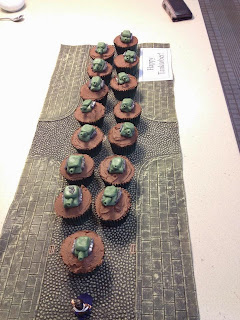 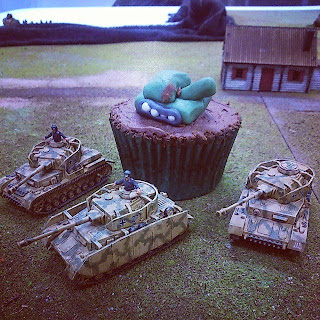 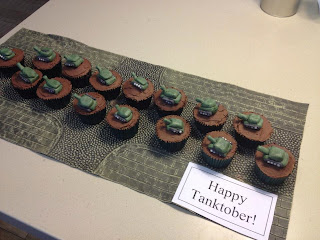 Posted by Dux Homunculorum at 9:24 PM