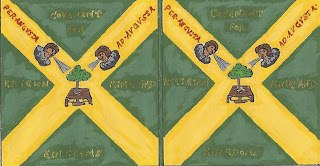 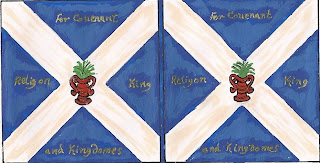 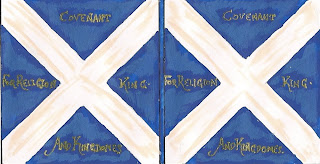 Enjoy.
Posted by Dux Homunculorum at 1:51 AM No comments:

My next big project for 2010 is to paint up a Maximilian Imperial army from the early 16th Century for DBA-RRR. All the figures are from Dark Dream Studios, comprising a box of their Landsknecht Dopplesoldners and Arquebusiers, a box of Landsknecht pikemen and a box of Renaissance knights. I've finished the first batch, the Dopplesoldners (double-pay men) whose job it was to hack their way into the enemy pike blocks using their monstrous two handed swords.
The first element completed for the army is the forlorn hope, who were identified by carrying a plain red Blutfahne ('blood banner') 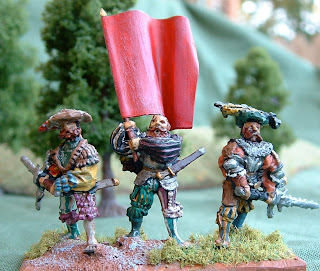 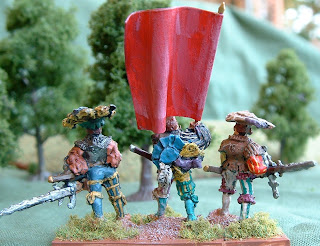 I haven't based the other Dopplesoldners yet. The plan is to base the pikemen on extra- deep bases, and to include these figures ahead of the pikes.

Landsknechts are very tricky to paint, with their layers of slashed clothing revealing different colours. The best book I've found so far to explain how the clothing was actually made is the Osprey Landsknecht Soldier by John Richards, from their Warrior series.
Posted by Dux Homunculorum at 11:07 PM 6 comments: 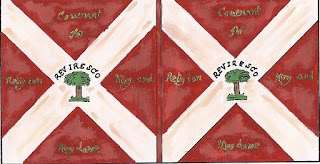 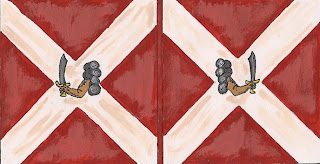 This one is probably a Colonel's colour, and possibly from the Master of Caithness' Regiment of Foot. It was also captured at Dunbar in 1650.
Posted by Dux Homunculorum at 2:53 AM 1 comment:

Here are two more cornets captured from the Royalists at the Battle of 1st Newbury. 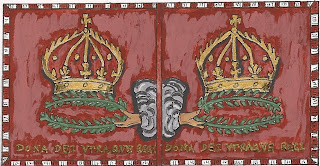 The motto (Dona dei utraque regi) means 'Both gifts of god are for the king'. The two gifts are the crown and the wreath of victory.

The motto means 'Square in every way'. The source for this cornet is a book from 1655 by Thomas Blount, titled The Art of Making Devises'. According to Blount the bearer of this cornet was probably proclaiming his hatred of anything to do with roundheads. Which is a bit naff.
Posted by Dux Homunculorum at 4:19 PM 3 comments: 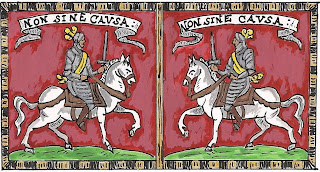 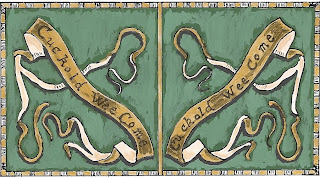 Royalist, 1643-14 June 1645 (captured at Naseby). This cornet was probably one of a series used by Sir Horatio Cary and his officers in a regiment of horse raised in the West Country in late 1643. The motto is an insult directed at the Earl of Essex, whose wife was notoriously unfaithful. A similar cornet with red ground was also captured at Naseby.
Posted by Dux Homunculorum at 10:28 PM 3 comments: