Well, it is the start of another busy school year. Most of my hobby tie since the start of the year has been devoted to getting figures painted for Curt's painting challenge, so blogging has suffered somewhat.

Just to bring us up to date, here are a few Soviet bits and bobs I painted up for Battle Group Kursk.

A brace of Katyushas from Zvezda... 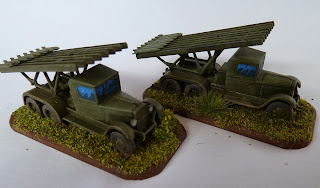 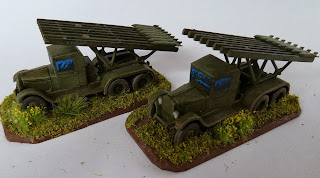 ...a command truck and Gaz jeeps from QRF. This are not exactly a joy to put together, but nobody else makes them as far as I know. 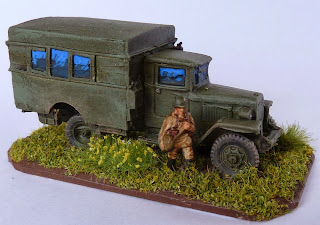 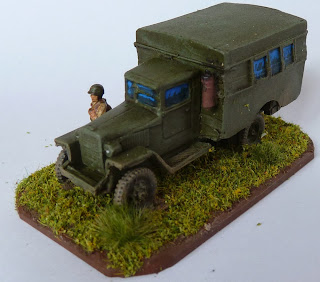 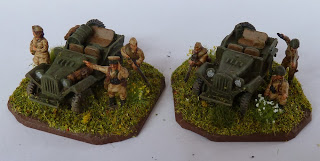 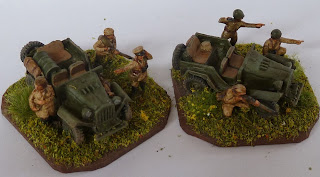 In contrast, here's a very nice little model of a SU-76 from Skytrex. I already had two of these, so now I have enough for a battery in BGK. 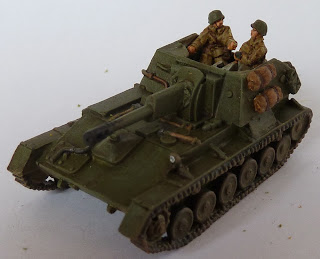 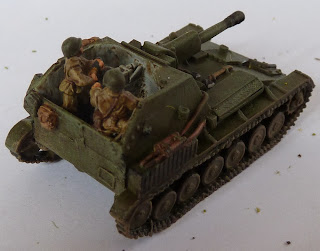 Next, a Skytrex Lend-Lease White Scout Car, and the unit of infantry it carries. 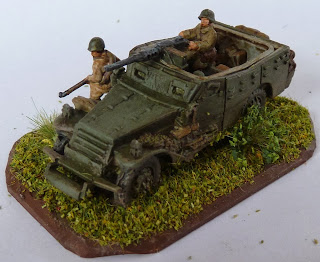 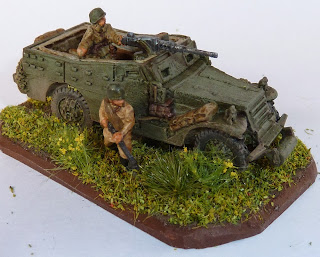 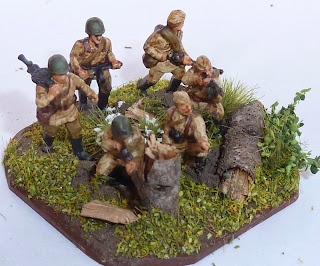 And finally, this is a resin knocked-out T34/85 from Peter Pig. Despite the inevitable compromises with detail this is a nice little model, which will act as an objective marker for Battle Group: Fall of the Reich. 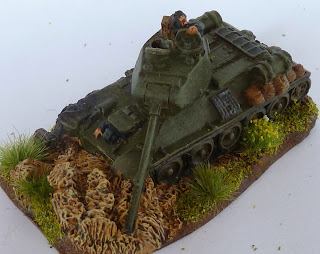 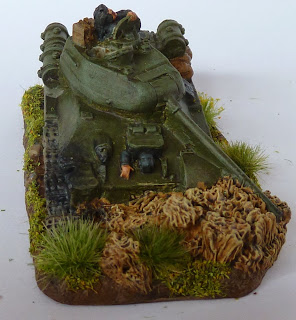 So what's next for BGK? Really, apart from doing up more infantry, I now have a lot of gear for German and Soviet battlegroups. I think my focus will soon start drifting towards doing some Brits for Fall of the Reich, especially as I just picked up a bunch of Skytrex figures that Mick at Micks Metal Models was getting rid of. But I have a decision to make: Should my British battlegroup use Shermans, Cromwells or Churchills? Opinions welcome!
Posted by Dux Homunculorum at 12:53 AM 15 comments: