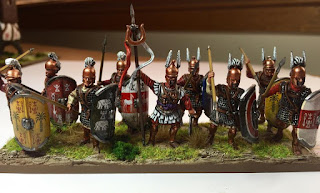 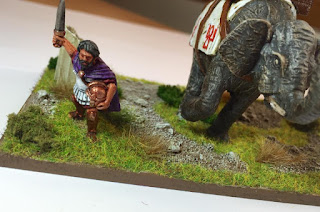 As regular visitors to the blog will know, I'm currently working on a project with my gaming buddy Steve to paint up some armies for the Second Punic War. My Republican Romans have been steadily appearing in previous posts. Currently I have some triarii on the go, as I wait for my cavalry to arrive from Relic Miniatures. Rather than rob a bank I elected to have them delivered by surface mail, and they are taking their sweet time.

A couple of people have commented that they would like to see how Steve's Carthaginians are coming along, so with his permission I'm sharing the progress of his army so far. As you can see, the army is looking brilliant, and I'm quite intimidated. Both of us are playing mind games with the basing - I'm using desert bases to indicate that my army are fighting on Carthaginian home turf, while Steve has made it clear that his army is rampaging around Italy. The broken column is a nice touch. 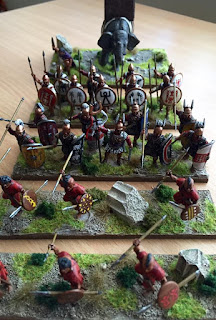 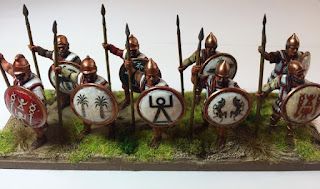 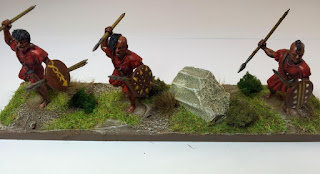 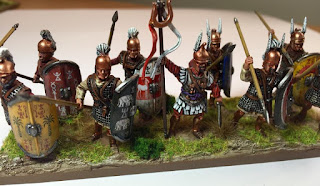 I can't wait to see our armies clash on the table! Nice work Steve.

Oh, and I did manage to finish a general from Crusader Miniatures this week, so I'll finish this post with an image of the Roman general gazing with foreboding at the advancing Carthaginian hordes. 'At least there are no Celts', he says. 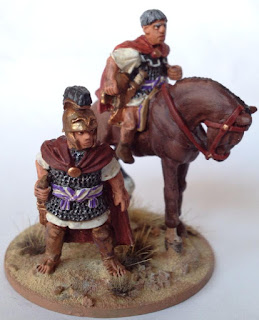 Posted by Dux Homunculorum at 1:23 AM 7 comments:

The Roman Republican Army So Far

Back to school this week, but I managed to get another two bases of hastati finished from a box of Agema legionaries.

I'm eagerly awaiting a delivery from Relic Miniatures with some cavalry, but this is what my Project Zama army is looking like so far.

Triarii for the red legion

Yup, another unit of Agema legionaries completed for Project Zama. 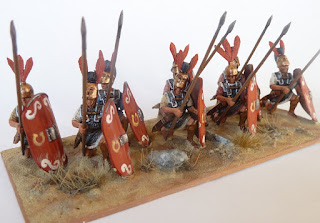 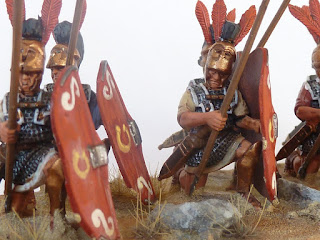 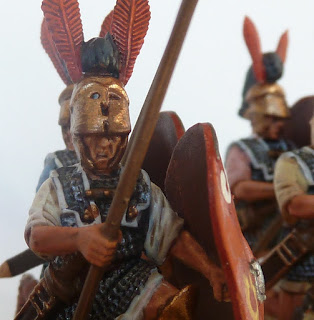 A Couple of Kickstarters Arrive

It has been a great week for the arrival of Kickstarters. First up a massive heavy parcel from the Plastic Soldier Company arrived, containing their new game The Great War. I'm very excited about this and looking forward to getting it on the table. I've only had time to have a quick glance at the contents so far, but the quality of all the components is absolutely top notch. Lots of lovely 15mm PSC figures, hefty map boards and terrain features.... This is going to be fun. 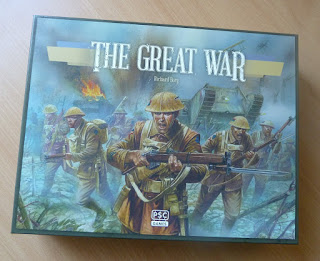 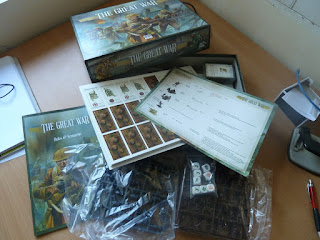 If this wasn't exciting enough, I also received a big box of loveliness from Chad Ellis, the Generalissimo of Your Move Games. This was a kickstarter I backed about a year ago for the historical Battleground game. If you haven't heard of it, the concept is the game is played like a miniatures game using cards that depict units of troops viewed from above. I don't know what I think of the rules yet, but I backed it as a way of getting some sizeable armies to play games like Impetus, Sword and Spear and Hail Caesar, all in a couple of packs of cards. 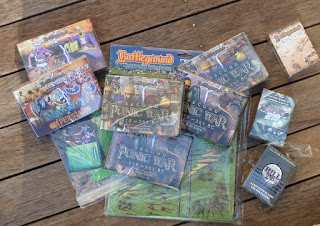 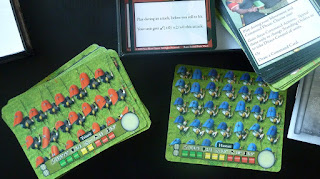 So here is the haul in its entirety: a set of the Alexander vs Persia game with reinforcements, two sets of the 2nd Punic War game with reinforcements, a big pack of cut-out terrain, Chad's other games Hill 218 and Sector 219, some extra scenarios and some special large unit cards. Phew! It's like Christmas. And the best thing is that I paid for it all so long ago that the Duchess has forgiven me.
Posted by Dux Homunculorum at 5:42 PM 3 comments:

Not much to add to the title of the post really... I've started a second legion with red shields for Project Zama. Figures are Agema, as usual, with a few of their metal character figures thrown in. I particularly like the figure who has just thrown his pilum and is watching it in flight. Lovely mini. 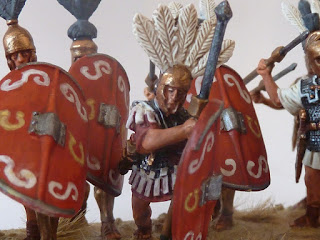 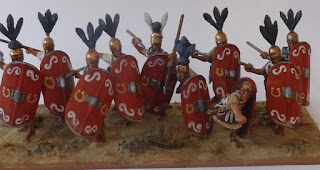 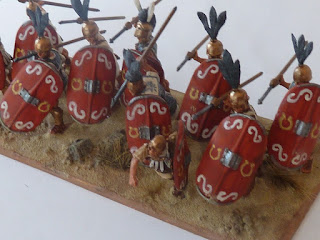