The Last Hastati for Project Zama

I've just had a couple of days between Army Cadets annual camp and going away on a family holiday tomorrow, but I managed to finish another couple of bases of hastati for Project Zama. This means I only have 56 more figures to paint!

As usual, the figures are mainly Agema plastics, with one metal Agema figure (the bloke crouching really low to throw his pilum). The command figures are from Relic Miniatures. 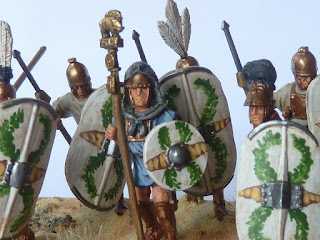 Posted by Dux Homunculorum at 5:24 AM 5 comments:

Trying Out the Battle Mat 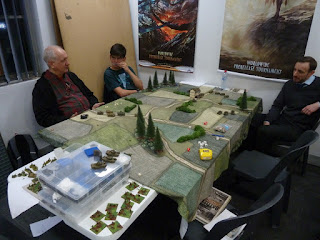 At the games club last week I had the pleasure of trying out my new Cigar Box Battle Mat, available in Australia from Campaign Books. 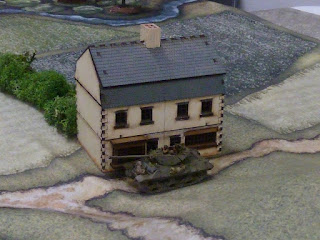 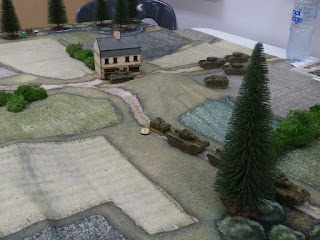 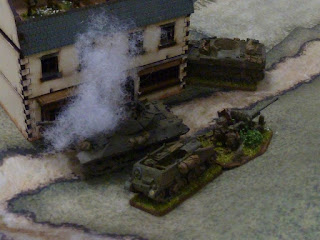 As a farewell to Lawrence as he heads back to Blighty we played a 1000 points game of Battle Group Overlord. Steve and I played a British infantry division battle group with Churchill support, while Lawrence and John took the Germans. Suffice it to say, nothing much went right for us Brits. Well-sighted German artillery gave us a hard time, and our Churchills couldn't make any headway against the Panthers they came up against. Foolishly, I separated the Achilles tank destroyers from the Churchills, so the poor old Churchills didn't have any nice effective firepower to maneuver with. I like Churchills, I really do. But every now and then I forget with Churchill I-IVs that just because they are big, hideously slow and woefully undergunned, that doesn't mean they have thick armour. 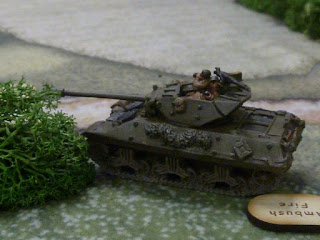 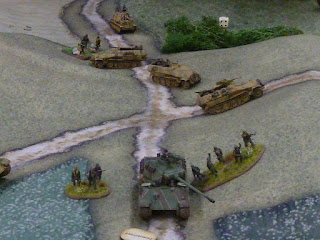 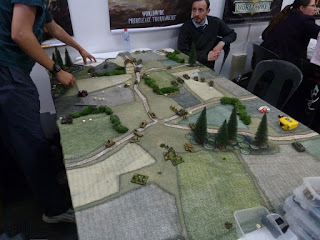 Apart from the Germans, the other big winner of the night was the Battle Mat. We just chucked it down over some very dodgy foam hills, and behold! a lovely contoured battlefield. Add some lichen hedges, trees and a building and it looked pretty darn good. 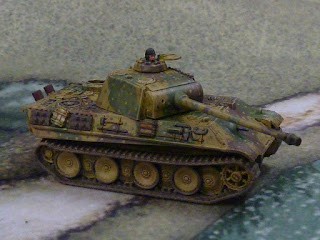 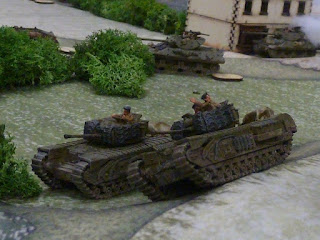 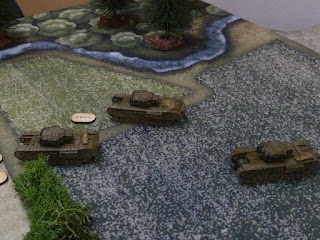 Posted by Dux Homunculorum at 3:55 AM 3 comments: 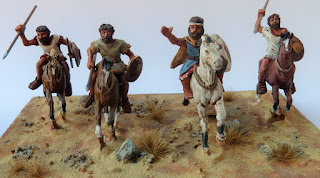 Painting production is slowing up a bit as we grind towards the end of term, but here's a couple of bases of Numidian cavalry for Project Zama. 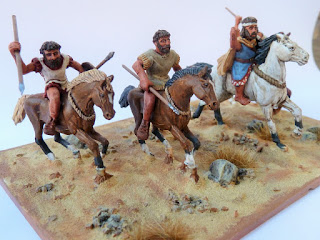 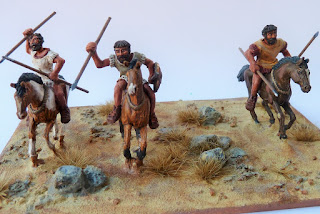 Figures are from Relic Miniatures, except for the Numidian king, who is from Crusader. 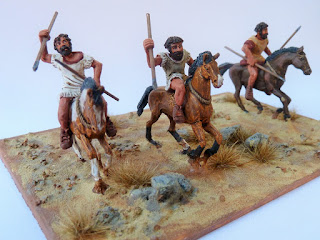