I saw this idea on someone's blog ages back, so if it was you - thanks.

As we all know, it is annoying playing a game with nice terrain where you have to keep fixing up trees as they fall over. One solution is to make larger bases as forest templates with fixed trees, but then it can get awkward trying to move troops around the fixed trees.

Another solution is to base trees on individual, magnetised bases, then make a template from a sheet of steel.

First up, find some galvanised iron sheeting or similar and use tin snips to cut out the shape of your forest. 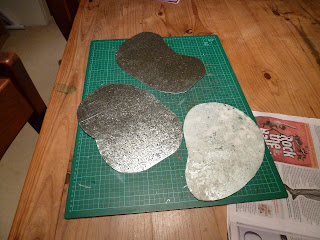 Then brush the sheet of galvanised iron with PVA glue, and lay sheets of toilet paper or tissue paper over it, wrapping some around the edges. The first time I tried this I made some diluted PVA and dunked tissue paper in it before trying to put the paper on the steel. Don't do this - you end up with big clumps everywhere. 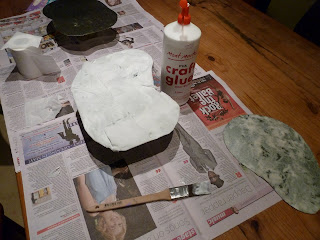 Once you have done this, and the PVA is still wet, mix up some more PVA with water and use a brush to carefully go over the tissue paper. This will ensure that the paper ends up well glued to the steel, but it also gives texture to the paper. Note the all-important beer. 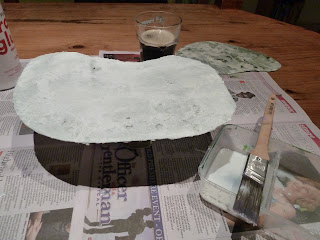 Finally, when your forest template is dry, paint it brown, drybrush your textured highlights and add clumps of flock as you so desire. You now have the outline of a forest. If you base trees on individual magnetic bases you will have a forest that doesn't keep falling over. 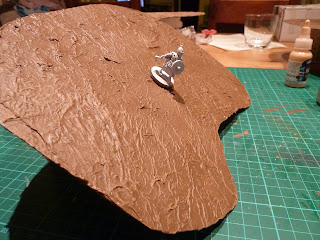 Now the real challenge is to try to cover terrain features like hills with something that magnets will adhere to. I have thought about steel foil (which I haven't been able to find in Australia), ferrous paint (very expensive) and even using steel filings as flock under a coating of PVA! Anyone got any ideas?
Posted by Dux Homunculorum at 4:51 PM 4 comments:

Busy week at work and sick kids, so not much to show for myself. But I did get four figures finished.

First up is my new Welsh warlord for Saga. I just love this figure - he's from Westwind Productions' Arthurian range. I like these so much I have some of their cavalry on the way. 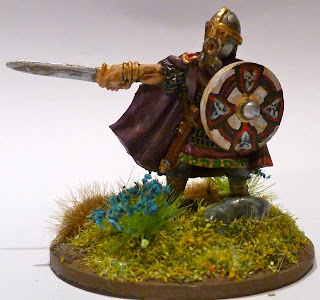 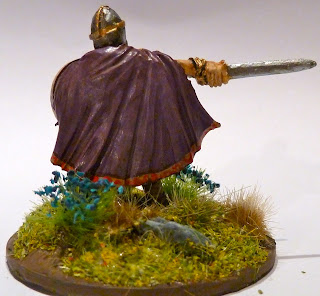 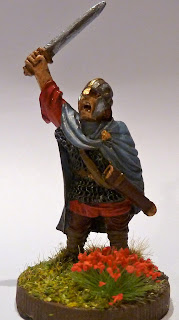 And finally an Anglo-Danish warlord. Both figures are from Gripping Beast. 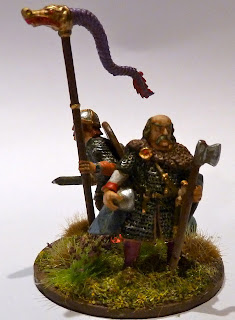 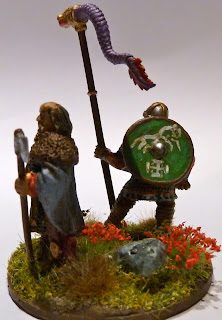 Posted by Dux Homunculorum at 2:10 AM 9 comments:

This week, I will be mostly...finishing some Vikings.

This is 1 point worth of warriors for Saga, which means that I now have a 6 point Viking warband (one of my goals for the year!)

Figures are from Artizan Designs, and very nice they are too. I used my new discovery of water based 'dip' on these. As with Army Painter, I would never in a pink fit actually dip them - the stain/varnish is brushed on, then top coated with Vallejo matt varnish.

An Alternative to Army Painter

I have been using Army Painter Quickshade 'dip' over the past year or so. In an ideal world I wouldn't, as I would much prefer to carefully shade my figures blah blah, but the realities of busy life at the moment means that a product that can shade and varnish does save me time.

Being used to working with acrylics though, I don't enjoy the fumes of the solvent-based Quickshade, and have often thought that there must be some sort of equivalent water-based product. Over the past month my tin of Quickshade has steadily been turning into a lumpy, thick disgusting mess, so I got myself down to Bunnings (a chain of hardware stores here in Australia) to find an alternative. 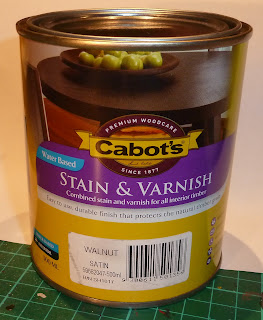 Here's what I'm trying out. It's a water-based polyurethane varnish with stain in it, made by Cabots. There are various shades of stain, and it is available in satin and gloss. I bought the walnut stain in satin.

To start with, the Cabots varnish cost about $25 for half a litre, as opposed to around $40-50 for 250ml of Quickshade. You do the maths. 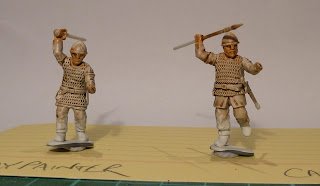 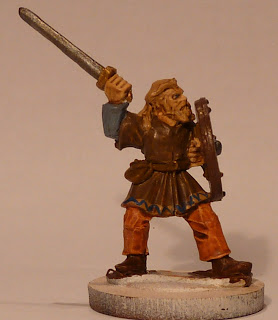 Here's a figure after being painted with the Cabot's varnish, with a top coat of Vallejo matt varnish, and before highlighting.

Vedict? The water based stain from Cabots didn't smell, brushed on more easily than Quickshade, seems to do the same job of shading and is a quarter the cost. It may be that the polyurethane varnish doesn't form as strong a coating on the figure as the solvent-based Quickshade, but that's the only possible advantage I can think of for using it.

I would be interested if anyone knows whether the Quickshade is stronger. I tried a bit of scraping at the figures with my fingernail and a knife, but didn't notice much difference.
Posted by Dux Homunculorum at 2:29 AM 15 comments: 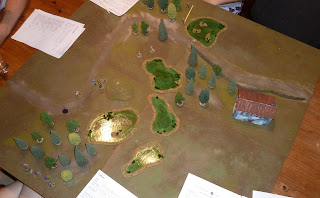 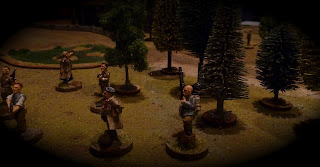 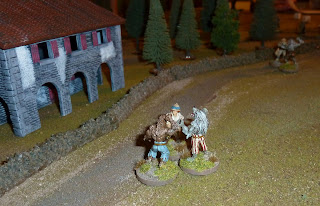 The Fear and Faith mechanics work well, and certainly give a fun scenario-driven game.
Posted by Dux Homunculorum at 6:45 PM 4 comments: 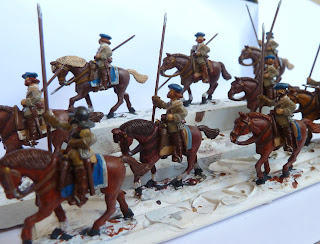 They're not beautiful, but they'll do the job.
Posted by Dux Homunculorum at 7:23 PM 8 comments: