Recap of My Challenge Part 1

While the dust is still settling after Curt's wonderful painting challenge, I thought I'd just give a recap of all my entries, especially since most of them haven't appeared on my blog yet. Apologies for the self indulgence. But I suppose that's what blogs are for. All together I submitted 23 separate entries, so here we go.

One aspect of the challenge I enjoyed were the fortnightly bonus rounds, and I managed to get an entry in for each one. They were:

Round 7: Last Stand. Rooster Coghburn from 'True Grit', engaged in both a physical and metaphysical last stand. 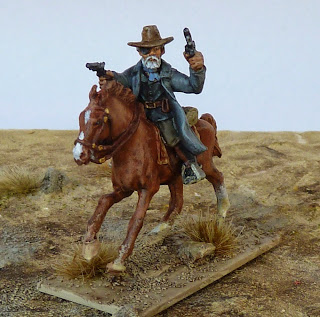 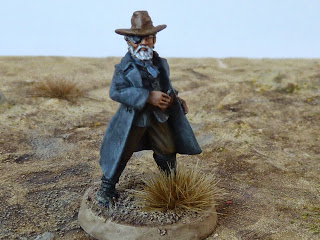 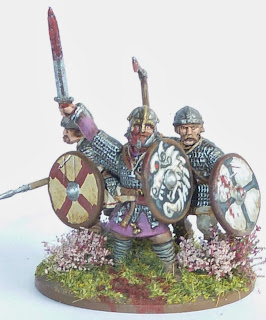 Round 5: Casualties. French Infantry during the retreat from Moscow. Some of the most beautiful sculpts ever from Alan Perry. 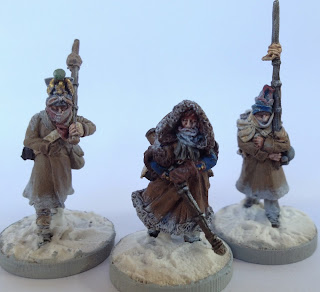 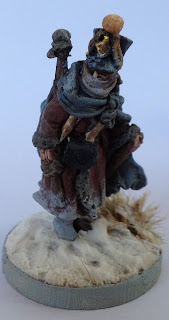 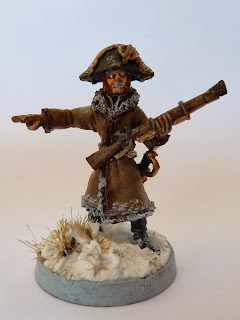 Round 3: Vehicle. A cart for Hurricane. Beaten by a big spider.

Round 2: Villain. Hengest and Horsa from Musketeer Miniatures. Badger heads are sooooo in. 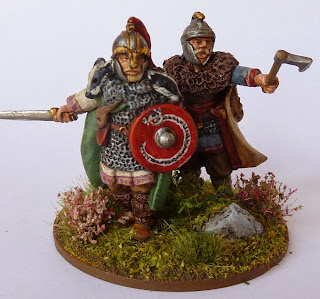 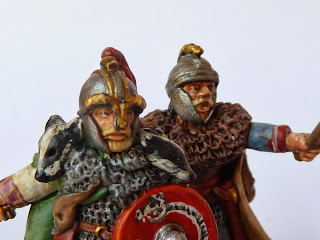 Round 1: Non Combatants. Some good folks from Hurricane. 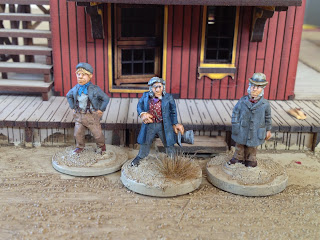 As price of admission to the challenge Curt also requested a figure inspired by a character from a Sam Peckinpah film, so I made a little vignette of Bob Dylan as Alias in 'Pat Garrett and Billy the Kid', little knowing how much Curt despises The Bobster. 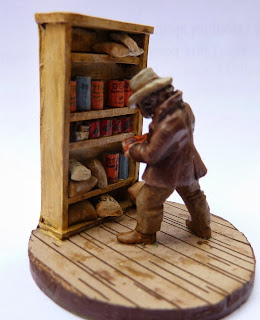 Next up - all the other stuff!
Posted by Dux Homunculorum at 4:26 PM