Ah yes, this week the tell-tale signs of obsession started to kick in with a vengeance. You know the sort of thing - you think 'Battle Group Kursk will be a nice little project. A sideline, no more.' And then you find yourself trawling around the net looking for the best 15mm SU-76s and sending off outrageous orders to add to the lead and plastic mountain. I have been particularly morally weak due to the stress of exam marking and being under the weather with a persistent cold, so a few big boxes have been on the way to me from across the ocean, and I've been hiding the credit card bill from the Duchess.

So, first up this week I have finished a box of T-70s from Plastic Soldier Company. These are such nice little kits. Hopefully it won't be too long before PSC put out some more of the promised Soviet stuff in 15mm like KVs and SUs. The perfect storm of PSC and BGK are what got me back into WWII gaming, and I think what they and the way they do it is so good that I'm happy for them to have my money. 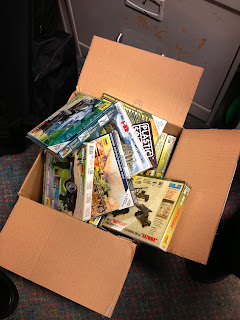 Sadly though at the moment PSC can't supply everything I need for Soviet or German forces. They do however stock the nice little 15mm Zvezda kits, so I duly received a box of them on Friday, with KV 1s, Soviet and German trucks, armoured cars and a couple of Katyushas. I started mass production of the KVs and BA10s on Friday night, and they go together very nicely. Very simple, and suffer a bit from lack of detail, but just the ticket for the massive game of BGK we have planned for next holidays at school. 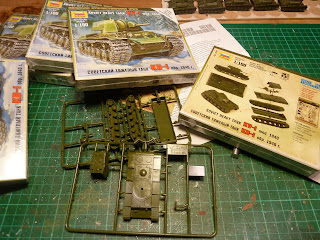 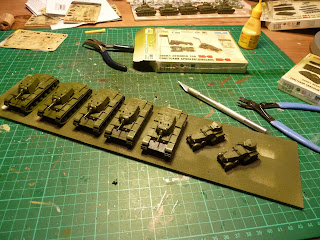 A couple of other orders are on their way from QRF and Forged in Battle. Sadly, I decided against some of the lovely looking Soviet kit from Skytrex and Old Glory due to the cost of postage.

In other news this week, the blister pack of Curteys Miniatures Mongols that I won in Loki's recent giveaway arrived, and very nice figures they are indeed. Thanks Andrew! I'm also in the process of rounding out my Pagan Rus for SAGA with a unit of Levies.

And finally, don't forget the amazing giveaways going on over at Tamsin's blog! There is something there for everyone - Warlord Tommies, ECW Royalsists, spaceships and fantasy figures (and a voucher for 6mm Baccus - but they are mine :)). Check it out - she is incredibly generous.Every day reveals more goodies from the Orcbag. 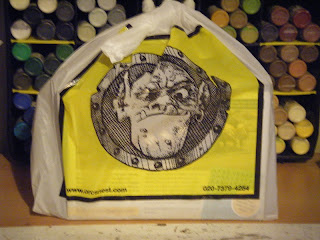 Posted by Dux Homunculorum at 7:05 PM