Things We Learn from Taxi Drivers 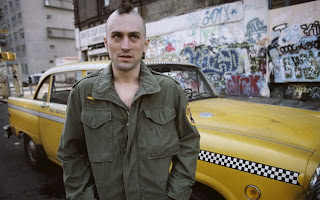 I should start with a bit of a disclaimer. Taxi drivers clearly have a very challenging job. They work lonely shifts in anti-social hours, and often see human nature at its worst. I should also say that I have met some great cabbies - helpful, interesting people working hard to look after their families.

I am regularly struck by the proportion of taxi drivers I encounter who hold bizarre and parochial opinions. Of course there are the classic unwanted racist observations, you know, along the lines of 'This used to be a nice area didn't it mate? Until THEY moved in.' I guess driving around all day listening to the imbeciles on talkback radio would do that to you after a while, but I seem to have hit a rich vein recently of star graduates from The Cabbie Institute of Bollocks Opinions. Disaster often looms when they ask me what I do and I'm unwise enough to tell the truth about being a history teacher. Suddenly I'm being told that the Persian Empire actually won the Persian Wars, or that the allies couldn't have defeated the Nazis without the help of Brazil.

Recently however I had an outstanding driver who really raised the bar. Here's what the Duchess and I learned during a short trip:

1. Noah's Ark was grounded in Macedonia, making Macedonia the cradle of civilisation.

'\ 2. Macedonians colonised Europe after The Flood, including Scotland. This is the reason so many Scottish names start with 'Mac'.

3. One of the reasons our driver knew all this was because of the fact that he could speak 11 different languages. When asked, he gave his proficiency in Scottish as an example. After I politely enquired whether he meant Gaelic, given that Scottish isn't actually a language, he demonstrated his linguistic prowess by starting to speak in a theatrically offensive and inaccurate Scottish accent. Cockney was also one of his alleged 11 languages, and we heard a fair bit of an approximation of that as well.

Shortly after this revelation, we arrived home, happy indeed that our trip wasn't any longer.
Posted by Dux Homunculorum at 3:18 AM